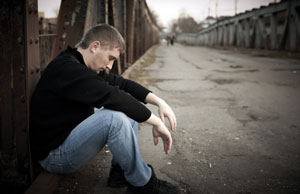 God calls His men for specific purposes. To accomplish these specific tasks, we must first hear God, then say “Yes”, then take the initial steps to accomplish the task, and then finish. Each of these efforts is important. Missing any of them will result in the purpose not being accomplished through you. The last item, the “finish”, can be perhaps the hardest part, as it mean pushing through resistance. Occasionally the resistance comes through an unexpected source, through a Christian brother or sister.

When my wife and I were young Christians in our 20’s, we lived in Denver, NC for a time and attended a prominent Baptist Church there. While there, I felt clearly called to produce a newsletter to reach out to the high number of people moving into that area. I said “Yes”, obtained a list of newcomers from the Chamber of Commerce, wrote a newsletter containing the Gospel and information about the Church, and printed and mailed it. The response was strong, with multiple people calling and visiting the church. An existing church member also decided to ‘respond’, noting that one section of the letter was dated. Unfortunately, the first newsletter was the last newsletter. I let the questions and criticisms of a fellow Christian derail the clear instructions of God.

What do we do when our brother criticizes, questions, or judges our efforts or even our faith and beliefs? Keep on course. Favor the words of God over the misguided words of men, and leave the correction to the Lord. In Numbers 12, Miriam and Aaron spoke out against Moses. Versus 2 says, “… and the Lord heard this.” In verse 4, “At once, the Lord said to Moses, Aaron, and Miriam, ‘Come out of the tent of meeting, all three of you’….and he summoned Aaron and Miriam and said, ‘Listen to my words: When there is a prophet among you, I the Lord reveal myself to them in visions, I speak to them in dreams, But this is not true of my servant Moses; he is faithful in all my house. With him I speak face to face, clearly and not in riddles; he sees the form of the Lord. Why then were you not afraid to speak against my servant Moses?’. The anger of the Lord burned against them and he left them. When he left, there was a punishment for Miriam even though Moses prayed selflessly that she not be punished.

There is clarity for us in regards to moving forward when we hear the Lord. There should also be some caution about meddling in a brother’s calling. Moses was favored by God due to 1) his humility, and 2) his faithfulness. His calling was clear and direct and obviously not Miriam or Aaron’s to condemn or judge. The truth is, when we judge a brothers efforts or belief, we step out on a limb. We do not know their humility, heart or calling. It Is not our place to judge. Romans 14:4 summarizes this so well. It reads, “Who are you to judge someone else’s servant? To their own master, servants stand or fall. And they will stand, for the Lord is able to make them stand.” So, when we catch ourselves judging, let’s instead consider a better route, like ‘loving one another’.

One thought on “Brotherly Discouragement”