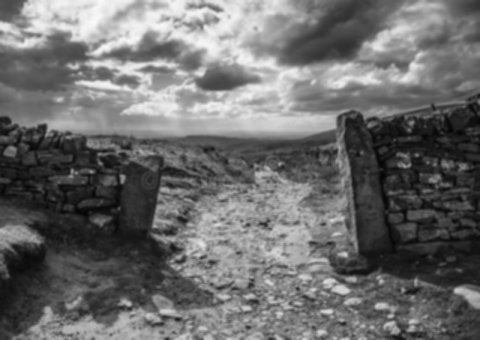 And the word of the Lord came to me, saying, “Son of man, say to her: ‘You are a land that is not cleansed or rained on in the day of indignation.’ The conspiracy of her prophets in her midst is like a roaring lion tearing the prey; they have devoured people; they have taken treasure and precious things; they have made many widows in her midst. Her priests have violated My law and profaned My holy things; they have not distinguished between the holy and unholy, nor have they made known the difference between the unclean and the clean; and they have hidden their eyes from My Sabbaths, so that I am profaned among them. Her princes in her midst are like wolves tearing the prey, to shed blood, to destroy people, and to get dishonest gain. Her prophets plastered them with untempered mortar, seeing false visions, and divining lies for them, saying, ‘Thus says the Lord God,’ when the Lord had not spoken. The people of the land have used oppressions, committed robbery, and mistreated the poor and needy; and they wrongfully oppress the stranger. So I sought for a man among them who would make a wall, and stand in the gap before Me on behalf of the land, that I should not destroy it; but I found no one. Therefore I have poured out My indignation on them; I have consumed them with the fire of My wrath; and I have recompensed their deeds on their own heads,” says the Lord God. — Ezekiel 22:23-31

Men, again the Lord spoke to Ezekiel. The Lord says that Israel is a land that is not cleansed. The false prophets conspire together. Their conspiracies tear apart the people of Israel like a lion. False priests have violated the Lord’s Law, and profane His Holy things. The people don’t distinguish between Holy or unholy, clean or unclean, and they no longer regard the Sabbaths. Israel’s leaders are like wolves tearing prey, destroying people, pursuing dishonest gain. The prophets see false visions and speak divining lies as though the word had come from the Lord when it hadn’t. The people oppress and rob the poor.

Then the Lord said, “So I sought for a man who would make a wall, and stand in the gap before Me on behalf of the land, that I should not destroy it; but I found no one.”

This is among the saddest passages of scripture. The Lord God surveys the landscape of His creation and there remained no one with enough influence to lead Israel to repentance. There was no one who would intercede on behalf of Israel as Abraham had done for Sodom. There is no one who would wall themselves off from corruption, who would then change the direction of Israel’s people. The people as a whole were in such opposition to God, that there was no means to lead Israel into repentance but to judge them harshly and allow their deeds to fall back upon themselves.

Like Sodom, the Lord pronounces He has “consumed them with the fire of My wrath.” Notice the past tense nature of the Lord’s pronouncement. It is spoken with a certainty equal to though it had already taken place.

The leaders of all nations have become corrupt in our time. We still have influence in pockets of resistance, so the Lord is patient. There are too few who will stand in the gap in our time to trust the task to another.

Move forward men, standing in the gap, and let your neighbors see it. May the Lord strengthen you and join you with others. The Lord may well be counting who among us are His, even now.