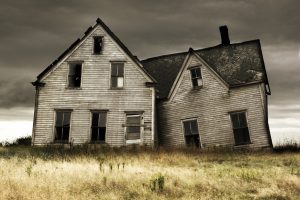 Men, Jesus knew the thoughts of the Pharisees, who had grumbled that Jesus had recently relieved a man of a demon by the power of the ruler of demons. It already sounds absurd, so Jesus answered. A kingdom, city or house divided against itself can not stand. So if anti-Christ casts out anti-Christ, he is divided against himself.

A horse cannot be driven in two directions at once. There would be immediate conflict with the animal, but this is exactly what the Pharisees are claiming. The enemy has employed this tactic of turning a home or territory against itself for all time.

While Adam and Eve were in the garden, they shared their dwelling with the Lord God with unity and perfect peace. When the garden became divided, all of mankind fell thereafter.

America has incrementally devolved into a 2 party system. Each side against the other with the singular focus of destroying the opposing camp. While the camps bicker and recruit we are weakened and disabled from succeeding in any meaningful goal. While the world hurls accusations at an apparent opposing party, who is smiling? Who is lifted up? Who is winning? What is being lost? In your home, church, business, or affiliations who is winning/smiling?

At the end, all will be amassed into 2 camps. That of the enemy and that of the Lord. Is your pride at war with Jesus in your own heart? Who will win? What will that look like at the end?

Move forward men, considering THIS DAY, who will we serve? Where will the division end for us? Where will we stand among our sphere of influence? Incorruptible Jesus or all else that is perishing?