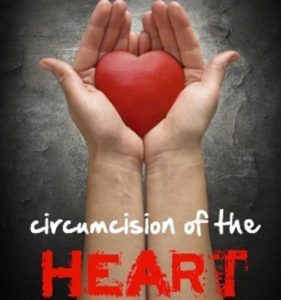 17 It came to pass also in the twelfth year, on the fifteenth day of the month, that the word of the Lord came to me, saying:

18 “Son of man, wail over the multitude of Egypt,
And cast them down to the depths of the earth,
Her and the daughters of the famous nations,
With those who go down to the Pit:
19 ‘Whom do you surpass in beauty?
Go down, be placed with the uncircumcised.’

26 “There are Meshech and Tubal and all their multitudes,
With all their graves around it,
All of them uncircumcised, slain by the sword,
Though they caused their terror in the land of the living.
27 They do not lie with the mighty
Who are fallen of the uncircumcised,
Who have gone down to hell with their weapons of war;
They have laid their swords under their heads,
But their iniquities will be on their bones,
Because of the terror of the mighty in the land of the living.
28 Yes, you shall be broken in the midst of the uncircumcised,
And lie with those slain by the sword.

31 “Pharaoh will see them
And be comforted over all his multitude,
Pharaoh and all his army,
Slain by the sword,”
Says the Lord God.

32 “For I have caused My terror in the land of the living;
And he shall be placed in the midst of the uncircumcised
With those slain by the sword,
Pharaoh and all his multitude,”
Says the Lord God.
— Ezekiel 32:17-32.

Men, Ezekiel continues the lament for Egypt now with the cadence of song. In this song their are similarities drawn between many nations surrounding Egypt including Assyria, Elam, Meshech, Tubal and the Sidonians.

Each of these nations had a strong military, great wealth, vast influence, and regional authority. Each of these “uncircumcised” nations had been viewed with shock by the remaining people seeing their defeat, with the dead littering the ground or in mass open graves. Egypt was a nation that practiced circumcision like Israel, but even so, they had stirred up the Lord’s anger such that they too would share the same shame as the defeated nations that Egypt despised.

The lucky few of v27 who are buried with respect to their warrior customs still bear the shame of their own iniquities. None of the national customs or the customs among warriors of battle will guard against the judgment of the Lord God. Romans 2:25 tells us clearly, “but if you are a breaker of the law, your circumcision has become uncircumcision.” Egypt, though circumcised, did not follow the ways of the Lord but exalted their Pharaoh as god, along with the many idols of that land.

We too will face either judgment or a time of accountability. There are no customs of men that may ease the weight and tension of our common fate except that which is provided through the Lord Jesus our Christ and Defender. From Romans 2:27-29, We are a “Jew who is one inwardly; and circumcision is that of the heart, in the Spirit, not in the letter.”

Move forward, men, circumcised in our hearts and Spirit. May the old heart be cut out and a new holy heart, given by God, be placed within, that overflows with the goodness of the Lord our God.