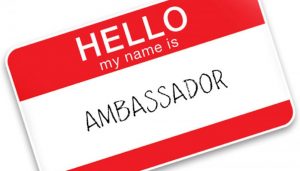 2 Corinthians 5:17-21. Anyone who is in Christ is a new creation. What was old has passed away, and the new is worth exclaiming over. This newness is from God who reconciled us through Christ Jesus. The entire world is now reconciled and our sins are forgiven.

Paul calls himself an ambassador for Christ, as we are also, pleading with those who will hear us to be reconciled to God. The price has been paid to come to the Father. Through His sacrifice we have become the righteousness of God. That should be stirring some excitement in you brother.

For an entire people group, reconciliation was a deep multi generational desire, and for others, adoption was a dream come true. Paul answers those hopes here, for all people for all time. Christ made a way, where there seemed to be no way. The message failed to be carried out of Jerusalem.

But God, rich in His mercy, already knew and had prepared
a way. We have tickets, free tickets, to draw near to the greatest showman ever. There is no entity who is more wondrous, powerful, creative, and thankfully, merciful. This is not a backstage pass, this is adoption: a rags to riches story like no other. We were once dirt, brought to life, we failed and transgressed, we lost our place, but God in His mercy showered us with Grace. He picks us up, dusts off our sins and clothes us with His glory from the inside out.

This is the greatest, most loving and sacrificial romance story ever told. The people of God were adulterous. You and I were stiff-necked and denied Him, still He pursued us to the grave to save us from ourselves. MOVE FORWARD MEN, as ambassadors of the greatest story ever lived out. The most consequential pursuit of a wandering loved one, and the sweetest of all romances. It is also the greatest fight scene ever.

The Son of God wore our sins, fought the grave and won. He WON! He won an unworthy prize in us, and gave us His worth, His name, His identity, clothing us in His righteousness. Exclaim it ambassadors!!