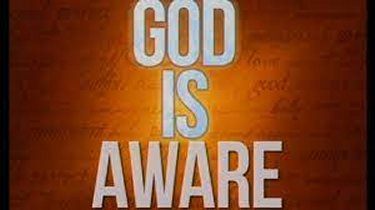 Now the word of the Lord came to me, saying, “Son of man, set your face against Gog, of the land of Magog, the prince of Rosh, Meshech, and Tubal, and prophesy against him, and say, ‘Thus says the Lord God: “Behold, I am against you, O Gog, the prince of Rosh, Meshech, and Tubal. I will turn you around, put hooks into your jaws, and lead you out, with all your army, horses, and horsemen, all splendidly clothed, a great company with bucklers and shields, all of them handling swords. Persia, Ethiopia, and Libya are with them, all of them with shield and helmet; Gomer and all its troops; the house of Togarmah from the far north and all its troops—many people are with you.

“Prepare yourself and be ready, you and all your companies that are gathered about you; and be a guard for them. After many days you will be visited. In the latter years you will come into the land of those brought back from the sword and gathered from many people on the mountains of Israel, which had long been desolate; they were brought out of the nations, and now all of them dwell safely. You will ascend, coming like a storm, covering the land like a cloud, you and all your troops and many peoples with you.” — Ezekiel 38:1-9, NKJV

Men, the Lord has promised to restore Israel and return the people to their land and to protect them from their enemies. Here in the next chapters God forecasts an upcoming season of hostility toward His people in “latter days” (v8).

In Genesis 10 we read a genealogy of the sons of Noah who would become the rulers of lands as they spread out and multiplied. The modern lands represented by the historic tribes of Noah will form a coalition, which the Lord God is against. This coalition of modern nations which will surround Israel include eastern Europe, Russia, China, the Arab states, Turkey, and the northern regions of Africa. When the nation of Israel is regathered, resettled, and finally lives in a measure of prosperity, security and peace, the Lord will lead this coalition out (v4) to come against Israel.

Brothers, a loose teaching of the end war has led us to conclude that the enemy, Satan, stirs this plan to motion. Read v4 again. The Lord God is in control. The enemy will seem to hijack the Lord’s plan (v10), but from the beginning of the prophetic word Ezekiel shares about Israel’s future enemies, we see clearly, the Lord God is not caught by surprise, but rather, working His plan to demonstrate His final authority. A strict reading of v4 tells us that Israel’s enemies will have no choice in the matter. They will come against Israel when the Lord God says so.

What troubles surround you today? What may the enemy be using today to convince you of God’s distance and your impending destruction? What God has spoken roughly 3500 years ago we can begin to see forming today. Are we really in any danger of finding ourselves outside of God’s expertise?

Move forward men, acknowledging God’s sovereignty, His awareness, His authority over all matters past, now and future. The Lord initiates what seems like distress, has a plan for victory and allows His people to share in that victory. Will we see His glory or only see dread and overwhelming opposition?