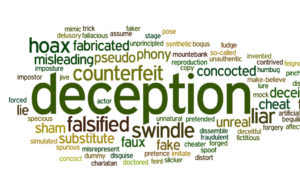 On the next day, which followed the Day of Preparation, the chief priests and Pharisees gathered together to Pilate, saying, “Sir, we remember, while He was still alive, how that deceiver said, ‘After three days I will rise.’ Therefore command that the tomb be made secure until the third day, lest His disciples come by night and steal Him away, and say to the people, ‘He has risen from the dead.’ So the last deception will be worse than the first.”

Pilate said to them, “You have a guard; go your way, make it as secure as you know how.” So they went and made the tomb secure, sealing the stone and setting the guard. — Matthew 27:62-66.

Men, Jesus has been crucified and lay dead in a tomb offered up by Joseph of Arimathea. The next day the priests and Pharisees gather to meet with Pilate. Having remembered that Jesus had said, “After three days I will rise” they ask that a guard be placed at the tomb to secure it from any disciples who may steal the body and say to the people He had risen. The religious leaders feared that such an act would stir more emotion than Jesus had done while alive. Pilate sends them away to secure it themselves with a guard and seal.

Matthew has expressed the hypocrisy and corruption of the religious establishment well. As they called Jesus a “deceiver” they themselves have gone to Pilate with false concerns about Jesus usurping Caesar as “King of the Jews”. Now they again go to Pilate with concerns of deception.

Matthew, a disciple, may have been angry with the corruption of the religious authorities, but told as it is, Mathews account serves as an indictment of unbelief upon all the disciples. Even the enemies of Jesus had heard and interpreted correctly the meaning of Jesus’ Words, that He would rise. The Pharisees didn’t believe Jesus would rise, but at least they understood Jesus words. The disciples neither understood nor believed.

But, if this were a manufactured occasion, to deceive people into a false religion, who would include their own failings in their personal account? Matthew, a tax collector, already had wealth. Following Jesus cost him. A false claim of a Messiah would do nothing to help his standing among the religious establishment. If this gospel’s, or Jesus’ claim were untrue, why wouldn’t Matthew’s account be as guarded as Christ’s tomb? Jesus made bold claims, that were well understood, which came so true that an accurate telling of the story was possible even through personal failure to believe until after His claims were fulfilled.

Move forward men, with understanding and belief, that He did live, was crucified, He did die, and again LIVES!

And many will follow their destructive ways, because of whom the way of truth will be blasphemed. By covetousness they will exploit you with deceptive words; for a long time their judgment has not been idle, and their destruction does not slumber. — 2 Peter 2:2-3

Men, in Peter’s, and in our own, time, we are warned of false teachers. Peter goes on to say, many will follow them and their destructive lifestyle. By them, the way of Truth will be slandered. Their greed will exploit with destructive words. But God in heaven sees, and their destruction is not sitting idle or asleep. In the past few decades we have seen all manner of false teachers. What starts as subtle deception turns into a cult. Many cult leaders draw in followers to exploit a sense of power and authority, some for sexual deviance, some for money. We have seen mass rape, suicide, and downright strange practices from these cults.

It’s still happening. Many of today’s pastors prop themselves up as “king and queen” of the church on the corner and expect accolades from their followers, or at least that they be “in line” with their wishes, which often stray from Scripture. Galatians 6 says “…be not deceived, God is not mocked…” A just reward will come to those who sow seeds of evil among the Father’s sons and daughters. Still, we are told to beware and watchful.

We live in a time where we don’t pick up our Bibles for ourselves, nor do we even carry them to church. How then will we know if we are deceived? Will we listen to the Spirit? Which one? Our own spirit can deceive us, the spirit of the enemy can deceive us. We must be diligent about searching out His truth and hearing His voice through our own noise.

Move forward men, watchful that we are not swept away by the schemes of the enemy. If you are more passionate about your favorite sports team, or paycheck than you are about meeting with the Father, you sir, are already far swept down stream in a raging river.