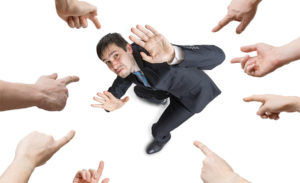 I’ve been listening to a podcast lately—“The Rise and Fall of Mars Hill Church” from Christianity Today. It particularly intrigues me. First, because Mark Driscoll was one of the first preachers I started following on podcast in my early twenties, when God started stirring my heart to a wholehearted pursuit. Driscoll encouraged me to this end, challenging my assumed doctrines and admonished me to “man-up” as a husband and future father.

But also, because I can somewhat identify with the story. I was blessed to be on the frontlines of a similar ministry that broke the bonds of tradition in the effort to refocus on the lost, thoroughly involved in the excitement of its newness and growth. In my ignorance, I overlooked irreverent ideas, and took part in theologically problematic decisions. And I was “blessed” to walk through the ministry’s collapse, all the while grieving all parties involved—including my own flawed force of foolishness and reform.

What I found most fascinating about the first episode “Who killed Mars Hill?” was that its conclusion was, well, everybody. From the lead pastor, to the leaders caught up in the excitement of growth, to angry detractors who flourished on controversy, to those mesmerized by a personality, to those who left without saying a word… we should hesitate before pointing a finger.

And yet this angle was strangely absent from the program’s conclusion. Is not God the cause of the rise and fall of nations (Dan 2:21)? And can we not draw the conclusion that He is also responsible for the trajectory of every ministry, business, and personal empire? He is the one who kills and makes alive (Deu 32:39), determining the days of every human being (Job 14:5). He is the one who makes one poor and another rich (1Sa 2:6-7). Even as people plan their way, the LORD establishes our every step (Psa 16:9)—so far beyond our understanding (Psa 20:24).

Let us humbly ponder this profound truth, being careful to assign credit when things come together, or blame when things fall apart. Rather, let us look to the Maker to understand His purposes in all things.

“So then, do not judge anything before the time. Wait until the Lord comes. He will bring to light the hidden things of darkness and reveal the motives of hearts. Then each will receive recognition from God.” –1 Corinthians 4:5