Gird yourselves and lament, you priests;
Wail, you who minister before the altar;
Come, lie all night in sackcloth,
You who minister to my God;
For the grain offering and the drink offering
Are withheld from the house of your God.
Consecrate a fast,
Call a sacred assembly;
Gather the elders
And all the inhabitants of the land
Into the house of the Lord your God,
And cry out to the Lord.

Alas for the day!
For the day of the Lord is at hand;
It shall come as destruction from the Almighty.
Is not the food cut off before our eyes,
Joy and gladness from the house of our God?
The seed shrivels under the clods,
Storehouses are in shambles;
Barns are broken down,
For the grain has withered.
How the animals groan!
The herds of cattle are restless,
Because they have no pasture;
Even the flocks of sheep suffer punishment.

Men, the grasses, grains, vines, and trees have been consumed by a judgment of locusts in Judah. Joel says that even joy has withered away. The prophet now calls for Judah to lament (mourn), for priests to wail, and for ministers to lie at night in sackcloth because there are no grain offerings. Joel calls for a national fast and for every person to assemble and cry out to God. Even the animals are groaning in desperation. The fields are dying, what’s left is dry, and wild fires have devoured the pastures. Joel cries out to God on behalf of Judah and all Israel.

In Joel’s time as well as our own time, we may look out our window and identify a problem, but we seldom recognize the Lord’s corrective hand. If His corrective hand is hard to see, discerning what to do about it further escapes us. Joel has identified their circumstances as an act of Gods hand, heard the Lords conviction, and called the entire region to assemble with a fast to pray and cry out to God.

Joel was not a political leader as far as we know, but he recognized the season and made a national plea on behalf of his people. What makes his voice any louder than yours or mine? Was there anything special about Joel that he would be heard more than you or me? We can look to history and see that Joel was not heard; the people were not convicted to the point of turning back to God. Joel didn’t know one way or the other but recognized what needed to take place and acted on it. Will you and I?

Move forward men, seeking the Lord’s counsel that He might reveal His ways, then we may respond as called. We should see some hint of the season we’re in, and be praying for our loved ones and neighbors. We should be mourning for those who are blind and calling for national repentance. We should be fasting to gain further understanding of our circumstances. Are we? Will we? 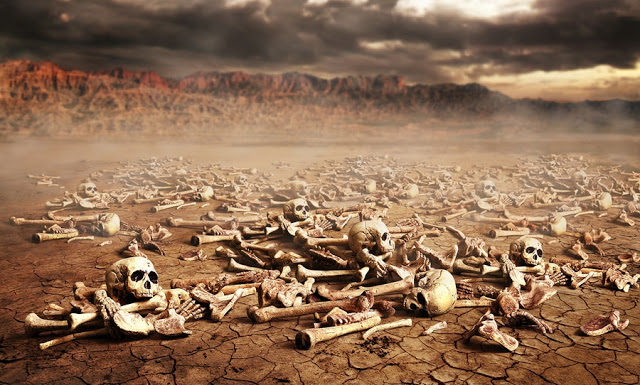