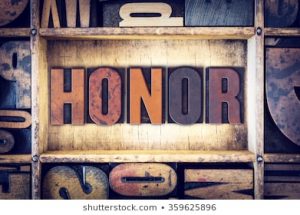 Peter tells all readers to “honor all people, love the family of believers, fear God, and honor the king”. Did you catch that first part? We all have someone who we have a hard time honoring. Someone who has wronged us, or a people group who doesn’t fit in our way of thinking. Peter says to “honor all people”. It is not Americans, or any single race that bears the image of God. Humanity shares in being created in His image. Sin has warped His image on us, and we fail to recognize each other’s value by Him, but the price was paid for us all who will believe. We are to love those who come to Him.

As adopted heirs, we become family of one Holy Father. Calling each other brother or sister as we become closer should be natural. To fear God is to revere Him more and more as we grow in knowledge of Him. Who is He to you?

Take a moment and list it out. We don’t have a monarchy over us, but we do have elected governance, and managerial leadership. Good leadership is in short supply too often. Perhaps because we don’t understand the “servanthood” which we have been called into. If we understood better how to honor all people and love the believers, we would do better as leaders. Until then fear God in reverence while we submit to the authorities God has placed us under.

Move forward men, free in Christ from sin and death. Engage each other as servants, loving one another as Jesus would. Jesus knew all our sin, yet casted no stones. Jesus could have commanded legions of angels to rescue Him from Pilate and the cross but submitted to it to save us. Revere God who coordinated all these things for our good and respect the leadership which He has placed you under.