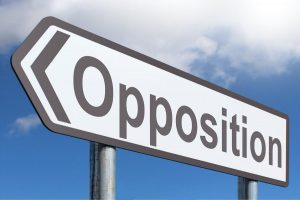 And from the days of John the Baptist until now the kingdom of heaven suffers violence, and the violent take it by force. Mathew 11:12, NKJV

Men, Jesus is still speaking to a multitude about John when He makes a statement we don’t often think about. “From the days of John the Baptist until now the kingdom of heaven suffers violence, and the violent take it by force.” The kingdom of heaven had and still has deep opposition. Jesus’ legal line was almost severed by Joseph who didn’t believe Mary’s story. Herod then ordered all male children under the age of two slaughtered, hoping to wipe out Jesus.

Things go quiet for a while until Jesus begins His formal ministry. There is growing opposition. John is often viewed as a lunatic, and is now imprisoned. The spiritual enemies of God are working out a deep physical resistance to the kingdom coming to men on earth. Hostility is increasing and both John and Jesus know it. The kingdom, Jesus says, is advanced through hostility and opposition, and in spite of it.

If John and Jesus experienced suffering as they advanced the kingdom then we certainly will too. Violent people will take the kingdom away by force. Remember, until “it is finished” the kingdom is Jesus Himself. We know that He and John both will later be killed by violent men. Thankfully, God our Father is not caught off guard by the schemes of the enemy. His perfect plan was carried out and kingdom is available through Christ’s atonement and the Holy Spirits indwelling. Deeper relationship with the Spirit brings broader access to the kingdom.

But the enemy does NOT want that happening. We make it easy for him by submitting to our own fleshly desires. Pride of life, pride of flesh, and lust all work against the kingdom until ultimately, the enemy will attack your life.

So be it men, move forward. Surrender life to the Kingdom. Die to the flesh and walk in His Spirit. Don’t fear the death of men, but fear the One who can kill both body and soul. Confess Christ in hostility and be counted among the faithful. Hostility against the Kingdom is not over, but our Lord goes before us, when we follow His lead.