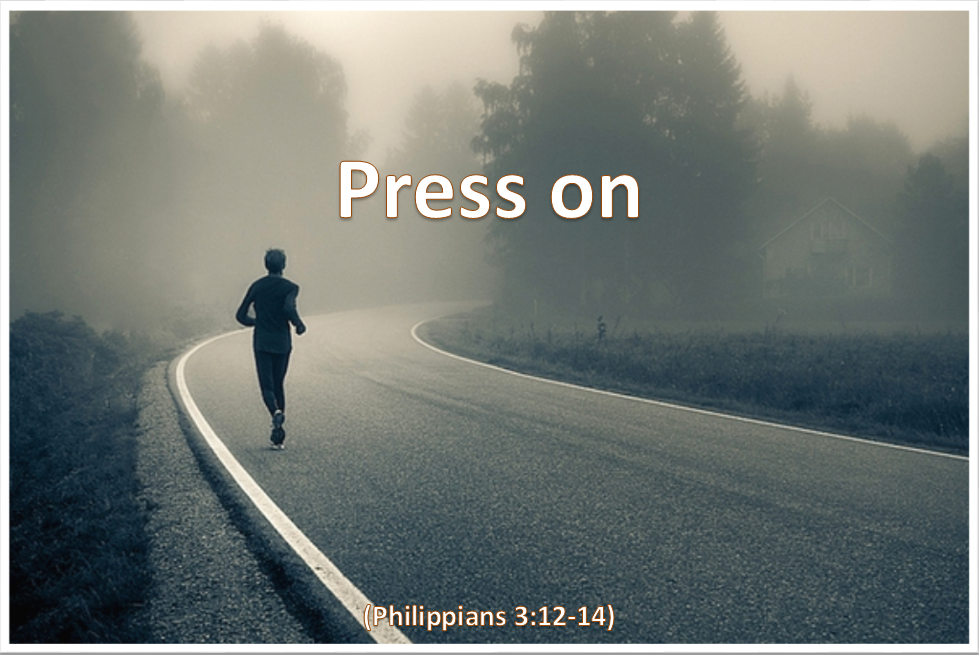 Not that I have already attained, or am already perfected; but I press on, that I may lay hold of that for which Christ Jesus has also laid hold of me. Brethren, I do not count myself to have apprehended; but one thing I do, forgetting those things which are behind and reaching forward to those things which are ahead, I press toward the goal for the prize of the upward call of God in Christ Jesus.
— Philippians 3:12-14.

Men, all is loss and distraction apart from Jesus. Paul’s ambition is to know Jesus and to make Him known around the known world at his time. Here in v12, Paul makes it clear that he has not come to a point of arrival, he has not grasped hold of the fullness of Jesus, but he presses on to get a hold of Jesus as Jesus has a hold on Paul.

Paul’s conversion on the road, where Jesus introduced Himself to Paul in blinding light, had a profound effect on Paul. But even with such a radical shift, he had not come to a conclusive understanding of Christ, nor may he/ we ever. Instead, Paul is committedly pursuing deeper depths, more intimate understanding, and a closer experience with Jesus. Paul is 100% living his present life with consciousness that eternity has already begun. The upward call of Christ, where we walk away from the physical and come eternally into the presence of God is a goal and prize for Paul.

What do our own hearts seek? Are we committed to pursuing greater depths with the One who bought us back from death? Are we pursuing knowledge of Him, experience with Him, that we might share it with a world who doesn’t know Him?

Move forward men, reaching ahead, pressing on toward Jesus as a goal and prize. The best experiences with Jesus often aren’t at waist height and in reach, or in convenient moments. Set aside the world’s desires, and reach ahead to grab hold of Him as He has taken hold of you.