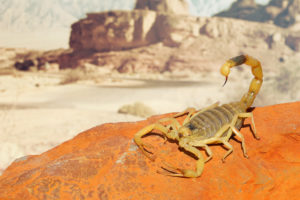 Men, Ezekiel is meeting with the Lord within a deep vision. The Lord has called Israel impudent and stubborn. As the Lord continues, He tells him “Son of man, do not be afraid of their words, though briers and thorns are with you, and you live among scorpions.” Putting in plainly, Ezekiel is set among sharp, hostile people. He lives among back biting people with unwelcoming disposition. These are people with hardness around their hearts. The Lord says not to be afraid of their words as He tells Ezekiel these people are scorpions, because their words will sting.

Like a scorpion, the rebellious captives may gnash out as with pincers or claws. Again, the Lord says, “You shall speak my words to them whether they hear or whether they refuse, for they are rebellious.” Who in our age would want this job? Doesn’t this commission sound fun? In our age, believers are more likely to whine to our pastors about the people we find ourselves surrounded by. “Pray for me pastor, it’s just so hard, I’m the only Christian.” We search out employment among other believers so it’s not so hard to live out our faith.

What level of faith does it take to demonstrate our belief in a risen Lord among ourselves? Ezekiel is called to a people who are more likely to reject him. After refusing anything hard, we then look up at Heaven and ask why we aren’t being used of God for His Kingdom work. We’ve barely begun in Ezekiel and God has already said, “This is going to be hard, don’t be afraid”. How would you respond?

Move forward men, with the Word the Lord has given us. Whether they hear or refuse, we too have a commission set in Mathew 28, to “Go into all lands making disciples”. Most of those lands will be hostile. Even the “lands” just down the street are likely to refuse. Jesus didn’t promise plush and effortless evangelism. He promised to go with us. The Lord tells Ezekiel, “Do not be afraid or dismayed by their words or looks, but speak My Words, whether they hear or refuse”.