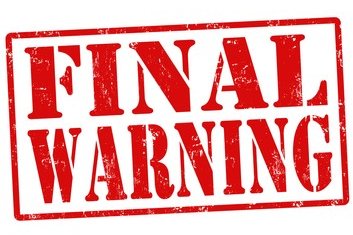 Again, in the ninth year, in the tenth month, on the tenth day of the month, the word of the Lord came to me, saying, “Son of man, write down the name of the day, this very day—the king of Babylon started his siege against Jerusalem this very day. And utter a parable to the rebellious house, and say to them, ‘Thus says the Lord God:

“Put on a pot, set it on,
And also pour water into it.
Gather pieces of meat in it,
Every good piece,
The thigh and the shoulder.
Fill it with choice cuts;
Take the choice of the flock.
Also pile fuel bones under it,
Make it boil well,
And let the cuts simmer in it.”

“Woe to the bloody city,
To the pot whose scum is in it,
And whose scum is not gone from it!
Bring it out piece by piece,
On which no lot has fallen.
For her blood is in her midst;
She set it on top of a rock;
She did not pour it on the ground,
To cover it with dust.
That it may raise up fury and take vengeance,
I have set her blood on top of a rock,
That it may not be covered.”

“Woe to the bloody city!
I too will make the pyre great.
Heap on the wood,
Kindle the fire;
Cook the meat well,
Mix in the spices,
And let the cuts be burned up.

“Then set the pot empty on the coals,
That it may become hot and its bronze may burn,
That its filthiness may be melted in it,
That its scum may be consumed.
She has grown weary with lies,
And her great scum has not gone from her.
Let her scum be in the fire!
In your filthiness is lewdness.
Because I have cleansed you, and you were not cleansed,
You will not be cleansed of your filthiness anymore,
Till I have caused My fury to rest upon you.
I, the Lord, have spoken it;
It shall come to pass, and I will do it;
I will not hold back,
Nor will I spare,
Nor will I relent;
According to your ways
And according to your deeds
[e]They will judge you,”
Says the Lord God.’ ” — Ezekiel 24:1-14

Men, Ezekiel has been prophesying, and warning for over 2 years when the Lord says in December 589BC, “son of man, write down the name of this day, this very day- the king of Babylon began his siege against Jerusalem this very day.” Remember, Ezekiel is already in Babylon with the first group of captives from an earlier campaign.

Now the Lord wants Ezekiel to showcase to his fellow captives what is happening in Jerusalem. Ezekiel put a pot over a fire, adds water, and then begins filling it with meat. All the major and choice cuts of meat are added. Bones are added under the pot to the fire. The Lord tells him to “heap on the wood, kindle the fire, mix in spices, and let the cuts be burned up” v10. The inhabitants of Jerusalem are the cuts. Babylon is the fire of God’s fury, and the city is the pot.

When the cuts are burned up, the Lord says to set the empty pot back on the coals, so that it’s bronze would burn and all filthiness would be melted in it. Even the scum left over from cooking would be consumed.

The Lord had brought Babylon upon Jerusalem before in efforts to clean the city, but the current inhabitants of Jerusalem refuse to repent and be cleansed. This time, the Lord would “cleanse” the city completely. The Lord says in v14, “I will not spare, nor will I relent.”

This must have been a hard message to deliver. The exiles had families in Jerusalem. Today, we too may have family and friends who refuse to repent, refuse to accept the free gift of salvation, and refuse to hear a message of coming end and judgment. We aren’t the first to worry over unrepentant loved ones.