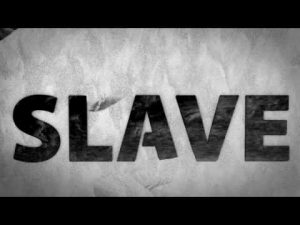 In John chapter 13, we read about the account of Jesus and his disciples eating the Passover meal together. At some point, Jesus washes His disciples’ feet. But He meets protest when He gets to Peter.

The first thing to note is that Jesus did not perform the menial task of a servant in a vacuum or simply to make a point. He served His disciples in such a humble way because that is the character of God. “BECAUSE JESUS KNEW” who He was (v.3). Service is not just something Jesus does, it is something He IS: God’s Holy Servant (Act 4:30).

But this can be a very unsettling thing, not just for Peter and the disciples, but us as well. Simply put, because we understand v.16:

We expect our President to fly around in his own plane. We expect the royal family of England to throw the most elaborate weddings. We aren’t too surprised when Vladimir Putin is the first one with an umbrella when it rains. We can’t even imagine one of these rulers taking out their neighbor’s trash or working the nursery during our Sunday service (not sure I would trust any of them anyway). We understand that leaders sit above their subjects… and Jesus doesn’t dispute this.

Yet, He only said and did what the Father commanded.

Thus, if Christ stoops this low, how much further must I bow?

Listen to the beautiful words of one of the great church fathers, Alexander MacLaren:

“The true position, then, for a man is to be God’s slave. The harsh, repellent features of that wicked institution assume an altogether different character when they become the features of my relation to Him. Absolute submission, unconditional obedience, on the slave’s part; and on the part of the Master complete ownership, the right of life and death, the right of disposing of all goods and chattels, the right of separating husband and wife, parents and children, the right of issuing commandments without a reason, the right to expect that those commandments shall be swiftly, unhesitatingly, punctiliously, and completely performed-these things inherent in our relation to God. Blessed the man who has learned that they do and has accepted them as his highest glory and the security of his most blessed life! For, brethren, such submission, absolute and unconditional, the blending and the absorption of my own will in His will, is the secret of all that makes manhood glorious and great and happy.

“Such slavery is the only freedom. Liberty does not mean doing as you like, it means liking as you ought, and doing that. He only is free who submits to God in Christ, and thereby overcomes himself and the world and all antagonism and is able to do that which it is his life to do,” (MacLaren’s Expositions).

Brothers, may we seek to see ourselves as nothing more than Christ’s slaves, and draw the deep satisfaction that stems from living in the purpose in which we were created.