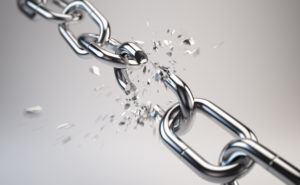 While he was sitting on the judgment seat, his wife sent to him, saying, “Have nothing to do with that just Man, for I have suffered many things today in a dream because of Him.” –Matthew 27:19

Men, Pontius Pilate has reviewed the case against Jesus, found no fault in Him, and now stands Barabbas beside Jesus and asks the people to make a choice between the 2.  One will be released. At that moment, Pilate’s wife interrupts by a messenger. She sends word to her husband, “Have nothing to do with that just Man, for I have suffered many things today in a dream because of Him.”

In this time, regardless of religion, it was unusual for a wife to interrupt a husband from an official role. Some extra Biblical sources suggest that this wife may have become a convert to Judaism, but not likely until this point or later. In addition, this dream came before Pentecost, when the Holy Spirit was loosed upon mankind in Acts 2.

Like the question Peter answered earlier, “Who do you say that I am?” When the question holds the weight of eternity, it seems that those who are available for the gift of hearing from heaven are imparted with clarity on the matter at hand.

As Peter knew and answered, “You are the Christ, the Son of the living God” this wife also knew Jesus was a “just man”. Like Peter, flesh and blood hasn’t revealed this knowledge to her. She sent word via messenger to say she had “suffered much”. Clearly there is deep conflict within her heart. How often do people breach traditional protocols because of a dream? The “suffering” she experienced because of the dream must have been at deep odds with what she thought she knew, and what was expected of her under normal circumstances.

How available are we to hear from heaven? We could argue that her hearing from heaven was positional, being the wife of the man trying Jesus in a capital case. Even so, she also had the option to dismiss the dream and hold tightly to the gods of Rome. This woman recognized truth and validity in a dream and acted upon it with the power she had.

Move forward in like manner! Make the choice if granted heavenly truth. Test all things by the Word of God, and obey His voice.