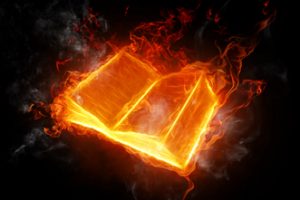 Then after three years I went up to Jerusalem to visit Cephas and remained with him fifteen days. But I saw none of the other apostles except James the Lord’s brother. (In what I am writing to you, before God, I do not lie!) Then I went into the regions of Syria and Cilicia. And I was still unknown in person to the churches of Judea that are in Christ. They only were hearing it said, “He who used to persecute us is now preaching the faith he once tried to destroy.” And they glorified God because of me. – Galatians 1:18-24

Paul recounts his story to Galatia. After 3 years in Arabia and Damascus, Paul finally went to meet Peter in Jerusalem. They spoke at length about Christ’s gospel for 15 days. The only other apostle he saw was James, the brother of Jesus. After this Paul went to the region of Syria and Cilicia where he was unknown except as “he who formerly persecuted us now preaches the faith which he once tried to destroy.” By Paul’s conversion story the people of that place glorified God.

How many of us can say that when we found Jesus we spent three years with our faces in the Word and on the ground in prayer? How many of us have allowed our conversion experience to radically alter our course and lives? We often convert and settle into a passive life of indifferent church attendance. We accept salvation as the “free gift”, but we refuse to surrender Lordship. Is that what the Holy Spirit calls us to? Paul was so incredibly moved that his experiences shaped a region that didn’t even recognize him by face. How many of us are known by our commitment and action in the faith? More often we are known by our trades. Is our identity in Christ or in a profession? Do others glorify God by what they see happening in you and me? If you had 15 days off, how would you spend it? Would you go search out a “Peter” to share stories and grow in the faith or lounge by the coast?

Move forward men, with impact as you go. Be recognizable as a follower of Jesus the Nazarene. Surrender Lordship to the One True God and be led into everlasting change and reward.