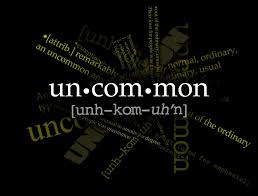 And when they had come into the house, they saw the young Child with Mary His mother, and fell down and worshiped Him. And when they had opened their treasures, they presented gifts to Him: gold, frankincense, and myrrh.

Then, being divinely warned in a dream that they should not return to Herod, they departed for their own country another way. — Mathew 2:11-12.

Men, when the Magi reached Jesus and had worshipped Him, they offered gifts of gold, frankincense, and myrrh. These are lavish gifts given to deities and royalty. But we only hear about it at “Christmas”. We understand gold and its economic importance, but what about the other two?

In the first century frankincense was used as fragrance in embalming rituals as well as medicine, and burning it acted as a mosquito repellent. Myrrh was used as an anointing oil, a healing balm, and an embalming oil ingredient. Both frankincense and myrrh are resins from specific trees that grow in selective regions. These gifts filled many needs.

The Magi received another dream, warning them not to return to Herod. They departed for their home another way. The Magi were noted for their ability to interpret dreams. But let’s not underestimate the value of a group of polytheistic astrologers bowing to the One True King and receiving a dream from God.

Nothing about this event is common. The Magi arrival, their worship, the gifts, and the dream all have deep significance and point to Jesus’s incomparable value and importance. He is every bit as valuable today. Have we recognized the signs in our life leading us to Him? Have we bowed and worshipped Him? Have we given Him any uncommon gift? The only uncommon gift He desires is what He has already asked for. To keep His commands, to love Him and love each other. It’s really that simple. With this simple pair of gestures all else is fulfilled.