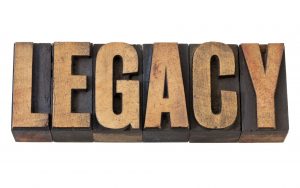 Men, Jesus closes vs19 saying “wisdom is justified by her children”. Another translation says “wisdom is vindicated by her deeds”. In other words, the wise have not refused John or Jesus, but have come to repentance. From there, Jesus rebukes the cities of Chorazin, Bethsaida and Capernaum. He tells the multitude that it will be better for the towns of Tyre, Sidon, and Sodom which were known as wicked places that had been judged by God. Each of these towns and the deeds done in them routinely could warrant a deeper look.

In general, Jesus has performed a number of miracles in the rebuked towns, but He was not acknowledged and the people did not repent. Jesus says that if those same deeds had been done in those cities which had long ago been judged they would’ve repented in sackcloth. Not so for the cities Jesus has personally visited and Jesus is disgusted with their hardness. Tyre, Sidon, and Sodom had all disobeyed God’s law and Word and they were punished. These current 3 cities have witnessed the Word made flesh, dwelling among them and have refused all opportunities to be made right.

When Jesus said “Woe to you (the rebuked cities) He was declaring a warning to them. These cities have had greater opportunity to come to salvation but refused. How much opportunity have our cities and nation had? If we are judged incrementally by the opportunities granted, how bad will it be for our cities and people? What judgment awaits our own lands? Move forward men, acknowledge the truth granted to us and believe Him. Don’t miss an opportunity to repent and turn even the smallest, most private things over to His hand. The evidence is sufficient for our acceptance of His Word.

How will we be known, to history and to heaven? Decide well.