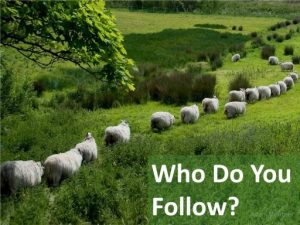 Men, Jesus is questioned by the Pharisees about His disciples plucking grain to eat on the Sabbath. Jesus reminds them of an occasion where King David and his men ate consecrated bread from the temple when they were hungry. 1 Samuel 21 records the incident. David and his men were not condemned by the Law in that time.

Over time, more and more rules had been applied. Jesus points back to precedent in defense and likewise challenges their authority to make such an accusation. In effect, Jesus is asking them why they have over stepped their authority beyond what the Law holds into account. Jesus could make the claim, “if David could get away with it, why can’t I?” Jesus was expressing His own authority from greater than His own lineage back to David.

In a time where men tremble when approached about some matter of the Law, Jesus is bold, and making reasoned arguments, turning the accusation around into more direct matters of the heart inside the Pharisees. Jesus truly is the great Defender.

Imagine the deer in the headlight look upon the disciples faces, and the panic they may have felt. They may have been stuttering among themselves wondering how they might answer. Jesus answered their accusers.

Most all of us can point to a time where we were questioned about what is lawful for a “good Christian”. We are often scolded by church goers for embracing the liberties granted to us, warned about maintaining good perception, challenged when we dare step out of approved ministerial procedures.

Overbearing rules are everywhere, even into our own time, cutting into our effectiveness and distracting from the focal point of our faith. Yes, guardrails are reasonable for the young in faith. But let’s teach our young in faith to seek first the Kingdom. Jesus is our authority, advocate and defender.

Move forward men, with focused attention on Jesus. Listen for His voice. Are we following rules, or following Jesus? Who is your God? The principles or the Person of Jesus?