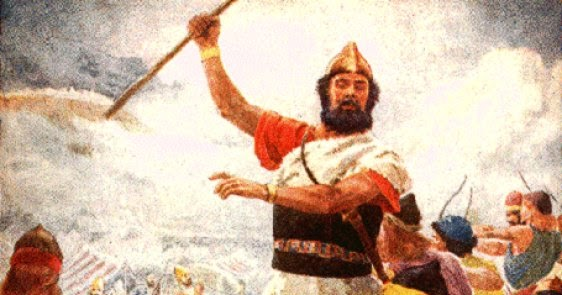 Then Caleb said, “Whoever attacks Kirjath-Sepher and takes it, to him I will give my daughter Achsah as wife.” And Othniel the son of Kenaz, Caleb’s younger brother, took it; so he gave him his daughter Achsah as wife. Now it happened, when she came to him, that she urged him to ask her father for a field. And she dismounted from her donkey, and Caleb said to her, “What do you wish?” So she said to him, “Give me a blessing; since you have given me land in the South, give me also springs of water.” — Judges 1:12-15

Men, the story found here is a duplicate passage lifted from Joshua 15. The occurrence here took place during the time of Joshua, but for the sake of chronology and wholeness the 1st judge is introduced here among the account of the judges of Israel. Caleb has come and offers his daughter, Achsah, to whomever attacks and conquers the city Kirjath-Sepher. Othniel, the son of Kenaz, who was Caleb’s younger brother, conquered the city. Kirjath-Sepher translates “city of books”, and was likely a religious and academic center for the Canaanite people. Kirjath-Sepher is also another name for Debir which translates “giants.” It’s important that we keep the corrupted nature of the Canaanites in view. Many have taken an anti-semitic view of the Hebrew people by neglecting that fact.

Achsah, the daughter of Caleb, translates to “ornament.” After the city is conquered, Achsah urged Othniel to ask for a field. She then approaches Caleb her father and asks for a blessing for herself. She asks for rights to the water springs of the area of the field. Taking care not to over spiritualize, but acknowledging the picture given here: a son conquers corruption, the bride approaches her groom to ask for a field. In further cooperation she asks for a blessing of water for herself from her father. When a marriage is mutually cooperative, with each other and with our Father God, a complete and functional blessing is available, with provision established.

Move forward men, with the boldness of Othniel, Israel’s first judge. Go and conquer darkness when the opportunity comes. The Lord honored Othniel’s leadership with victory. The Lord blessed him with a wife, provision, authority and territory. Othniel translates, “God is my strength”, or “God’s lion.” Is He yours? Are you a lion of God? Will you and I be first in standing up to fight for the promises of God to be secured in our lives? Is your marriage an asset to each other? To God? 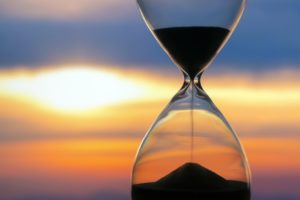 Now whatever city or town you enter, inquire who in it is worthy, and stay there till you go out. And when you go into a household, greet it. — Matthew 10:11-12.

Men, Jesus is still instructing the 12 before sending them out on what equates to a religious survey and a training mission in one. Jesus tells the 12 to seek out “worthy” households to stay with as they arrive at a new town. Jesus knew that there was a lot on the line. Misinformation spreads faster than truth, so Jesus wanted the 12 to stay with people who had honest reputation.

This time and place setting was known for hospitality, and it was common for indigenous townspeople to open their homes to travelers. The 12 would be dependent upon being welcomed.

Jesus goes further in v12 to tell the 12 to “greet” a household when they found a place “worthy”. In other words, Jesus is telling the 12 to be good guests. The 12 would also speak a blessing over the home as they entered.

We can almost imagine in our time a bed and breakfast type atmosphere where we paid for our accommodations with a presentation of the gospel. We like to think of ourselves as good followers of Christ. We like to think we’re doing well as Christians as we attend church, say grace over our meal, and pray occasionally.

Do we know Jesus well enough, or His gospel well enough to present a clear message worthy of a night’s rent? Have we ever challenged ourselves to the 12s entry level training mission?

Move forward men, finding worthy opportunities to share the message of hope and redemption to some one. Be a good guest, presenting the message with humility. Serve well from within any opportunity the Lord offers and pronounce a blessing over that place.